Sailors have much folklore and many traditions, including tatoo's, wild partying and time honored ceremonies for crossing the equator (Shellback) and crossing from the Western hemisphere to the Eastern hemisphere (Golden Dragon).  One of these ceremonies is specific to submarines only and deals with a visit to the Arctic or Antarctic.  This visit to the land of extreme cold is known as the "blue nose."  The Pulaski, operating as she did out of Holy Loch, had many oportunities to hold Bluenose celebrations.  There are some things that are best left to the imagination and on that note, I leave you to your own devices as you scan some of these photos.  As with the Halfway Night page's photos, there might be a photo or two on this page that you may or may not agree with.

These photographs come to us courtesy of Rob Bell who did a fine job of documenting Bluenose ceremonies for Patrol 50 and Patrol 52 undertaken by the Gold Crew.  I've included Rob's original captions.  Thank you again Rob for sending the photos in.  This one is titled "Bluenose trial." 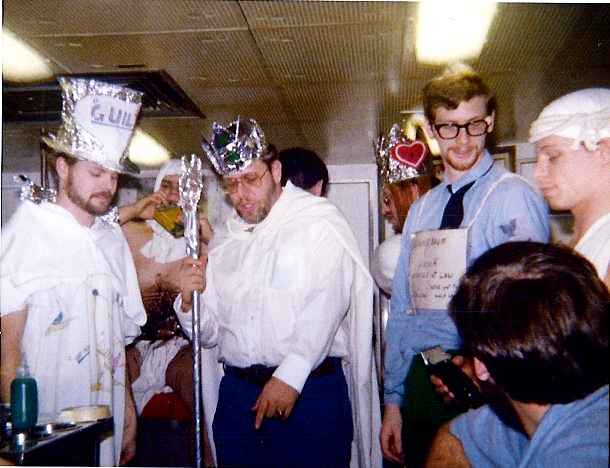 This one is called "chief Bluenose." 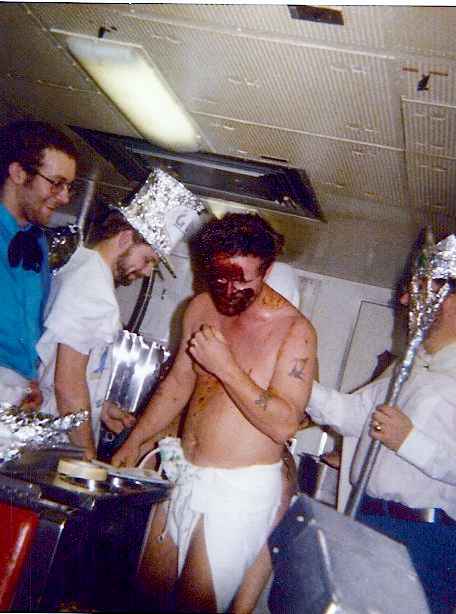 This one is titled "royal baby and Jewish Nazi defense counsel Bell." 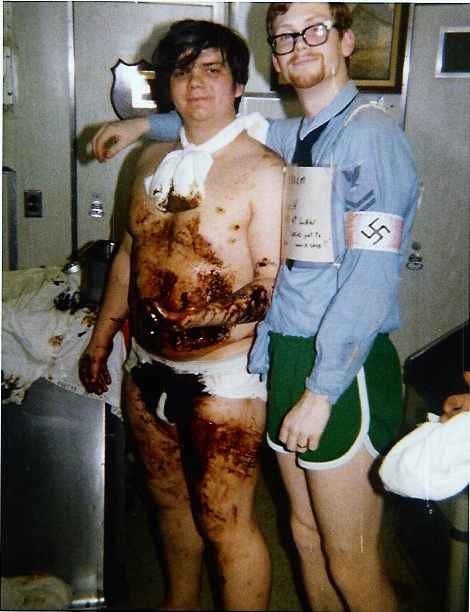 This next piece is entitled "what did you expect, Matzo balls?"  Is it just me, or is someone at the far right of the photo holding hair clippers? 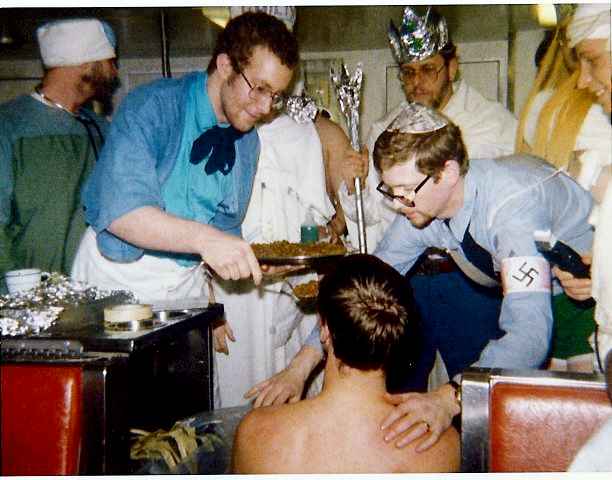 This one is called "who's next Bluenose?" 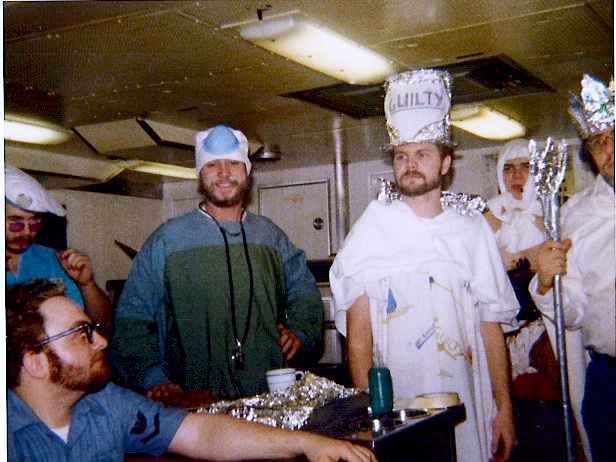 This next shot is the sole Rob Bell photo from Patrol 50's Bluenose excursion.  It's titled "Leo on ice. 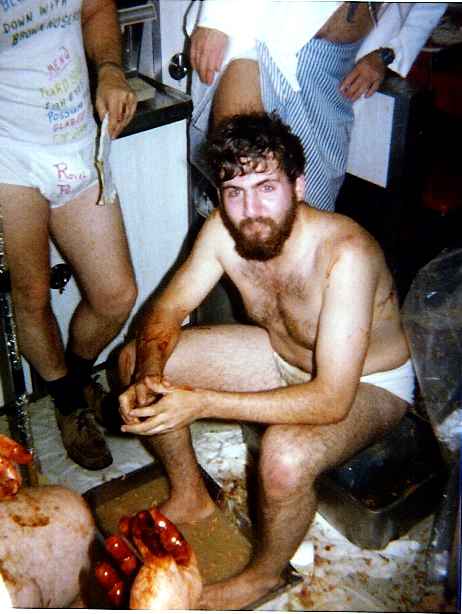 Goldie Don Ward also managed to send in a photo of his Bluenose initiation during an unknown patrol. 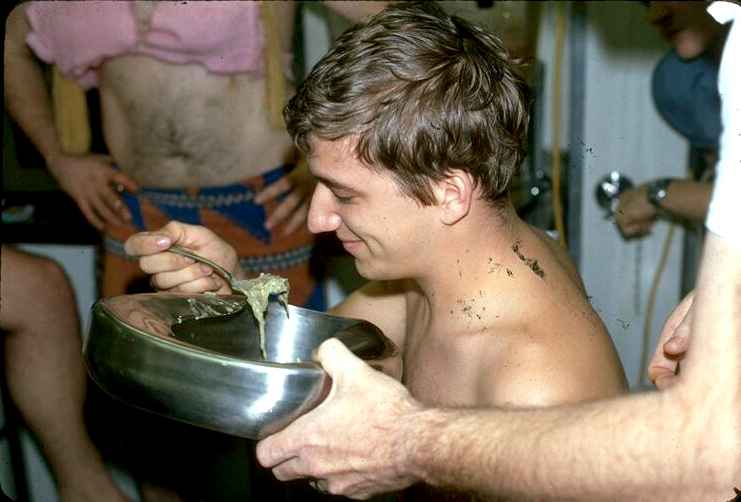