This page deals with photographs and information regarding the Casimir Pulaski's various sister units and also regarding the numerous fast attack submarines that provided escort duty to and from our patrol area.  Everyone pretty much knew someone on another boat.  The fast boats were a different story as our little brothers tended to be 688 class Los Angeles Class boats out of Norfolk, Jacksonville or elsewhere.  This page will contain photos and stories submitted by the crewmembers themselves, so if you'd like your boat to be featured, send me the stuff at:  JDM4781@Juno.com and I'll post it on this page.

USS Atlanta was launched on August 16th, 1980 and was the twenty fifth Los Angeles Class nuclear powered attack submarine.  Atlanta's patrol schedule and ours frequently meshed so Atlanta would be a frequent visitor to King's Bay, Georgia.  Here, Atlanta comes into King's Bay for a little R and R while she awaits the start of our patrol. 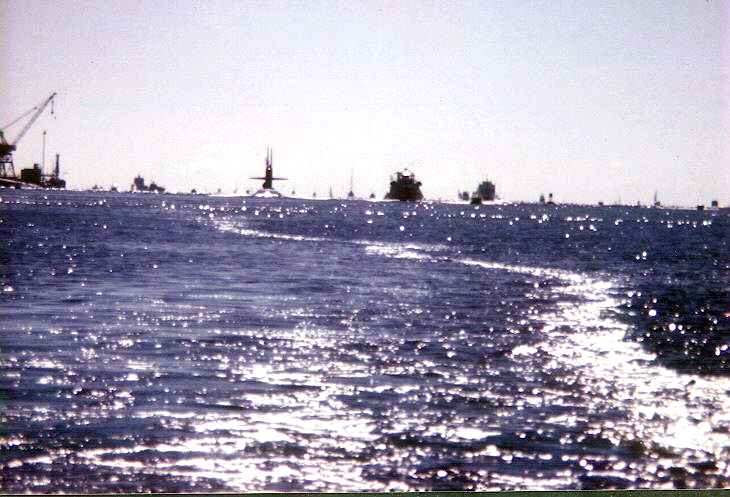 Here, the Atlanta-fish sits outboard of us while replenishing and getting some rest for the crew.  She will accompany us shortly for our sea trials and then sometime during our patrol, she'll slink off somewhere and we'll be accompanied by another boat. 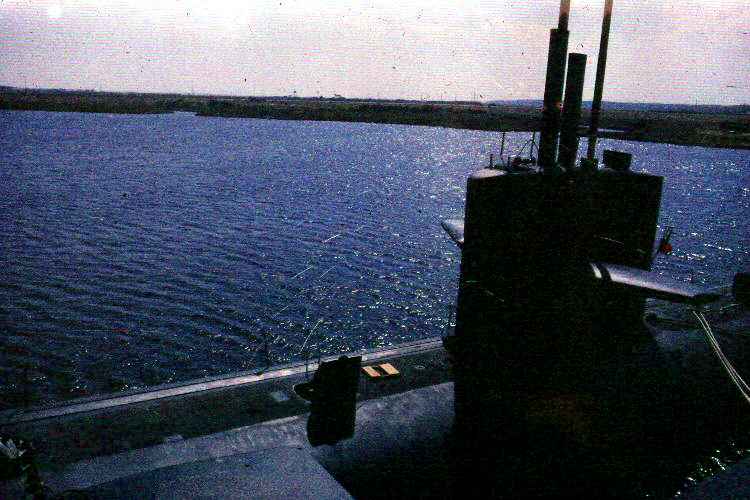 With similar patrol patterns, the Pulaski always seemed to be inport the same time frame as the Francis Scott Key.  Having just returned from overhaul and refueling in the shipyard, she still has her hull numbers painted on as she pulls up next to the tender, USS Canopus (AS-34). 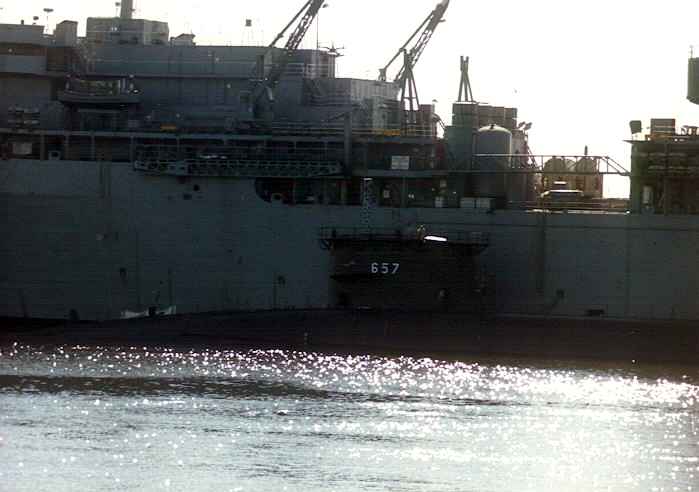 Fresh from the shipyard, the Francis Scott Key is nudged to the pier to begin preliminary refit.  Her hull number will soon be painted over and she'll join the other black hulled, anonymous vessels in the harbor. 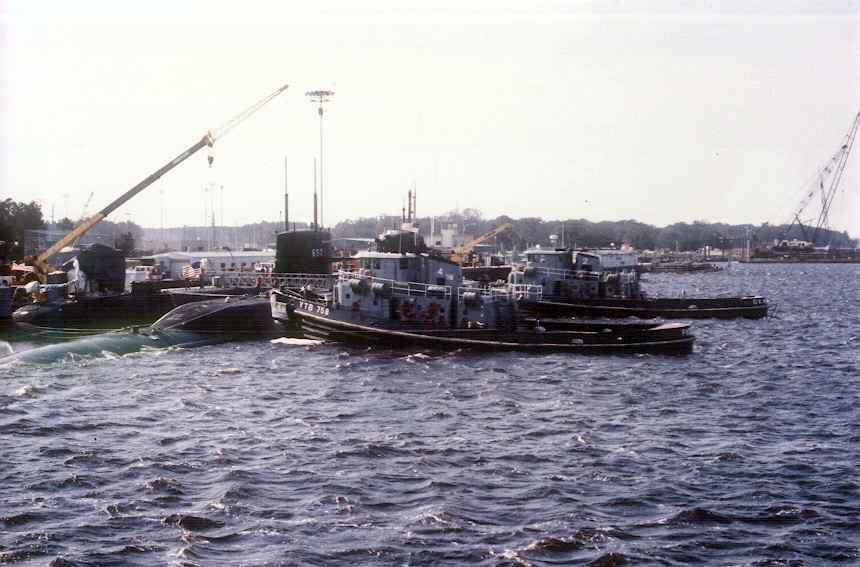 Francis Scott Key performing an emergency blow as photographed from Pulaski.  The two boats were doing training exercises following both boat's deterrent patrols.  Each submarine is required to perform so many emergency surfacings to test the high pressure air system.  Photograph courtesy of RM2 Pat King. 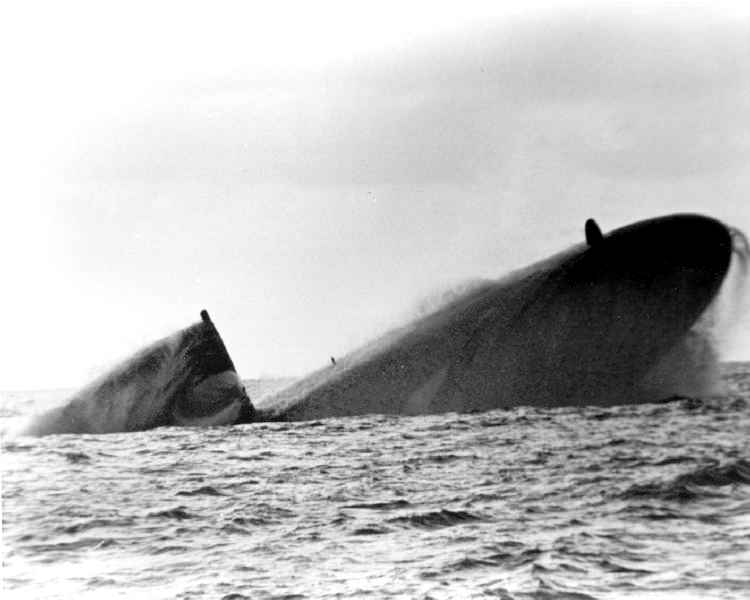 USS Dallas was launched on the 28th of April, 1979 and was the thirteenth Los Angeles Class submarine.  Although attached to Submarine Development Squadron TWELVE out of New London, Connecticut, the Atlantic Ocean was her playground just as it was ours.  Here a mid-ocean rendezvous takes place. 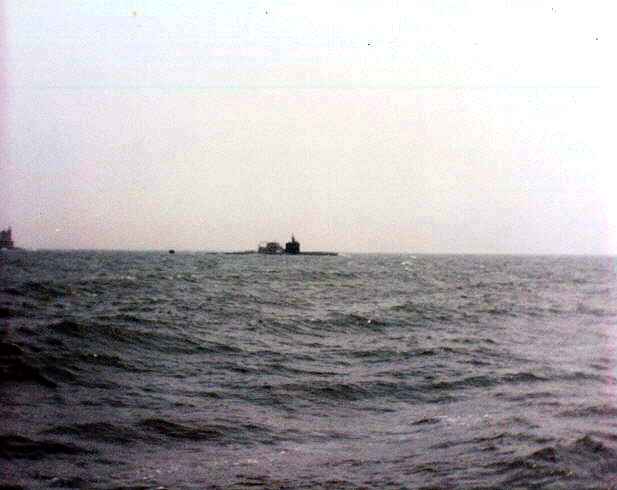 The tugs transfer personnel who will be riding our boat for training.  Ocean going tugs meet both of us to facilitate the whole operation. 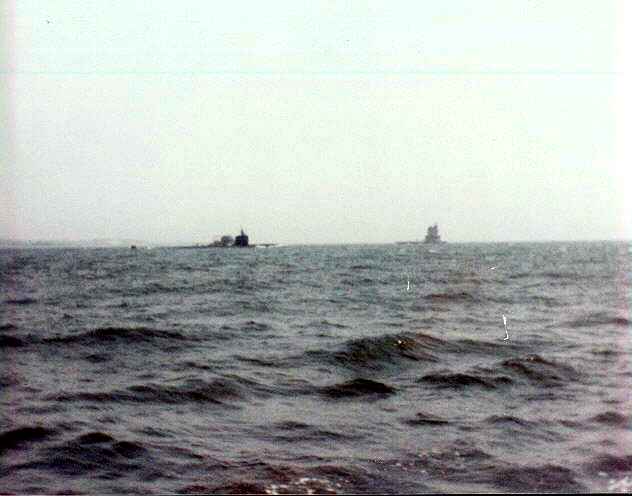 During one of Dallas' ocean going adventures, she snapped a shot of USS Guadalcanal, a helicopter troop ship.  The ship at the time was being followed by a civilian pleasure craft. 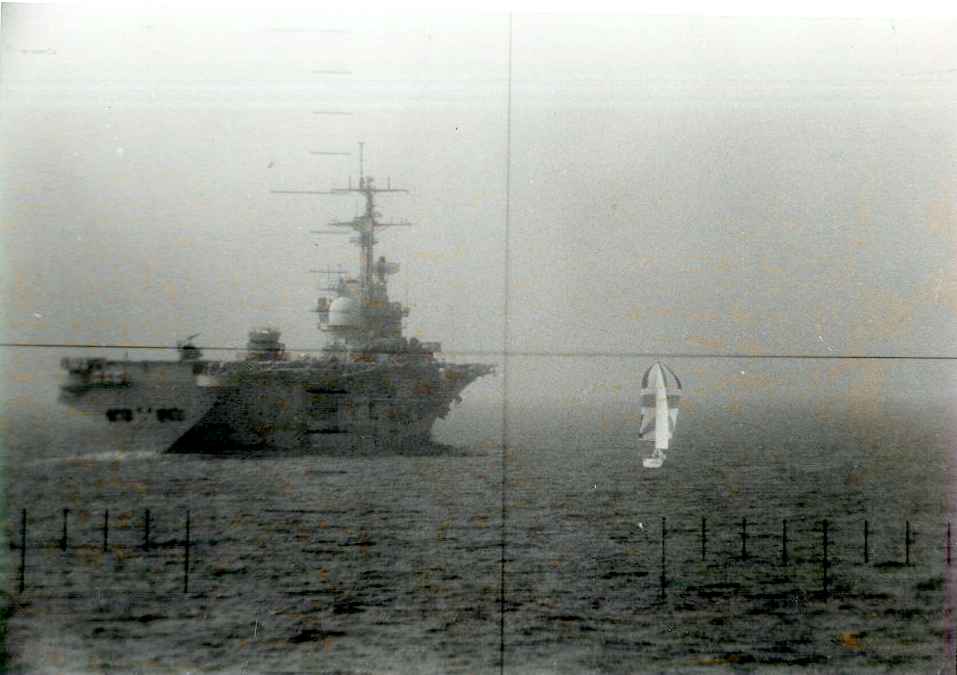 Speaking of ships, here's USS Carl Vinson, the nation's newest carrier at the time, caught between Dallas' cross-hairs.  Her captain of course, denied being caught but the photos don't lie... 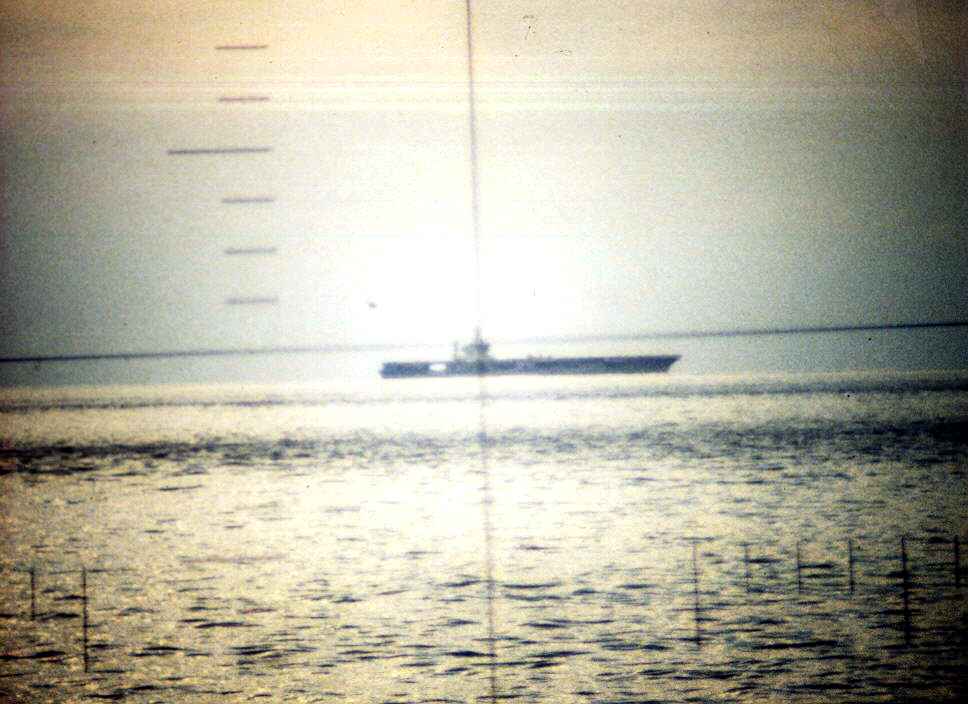 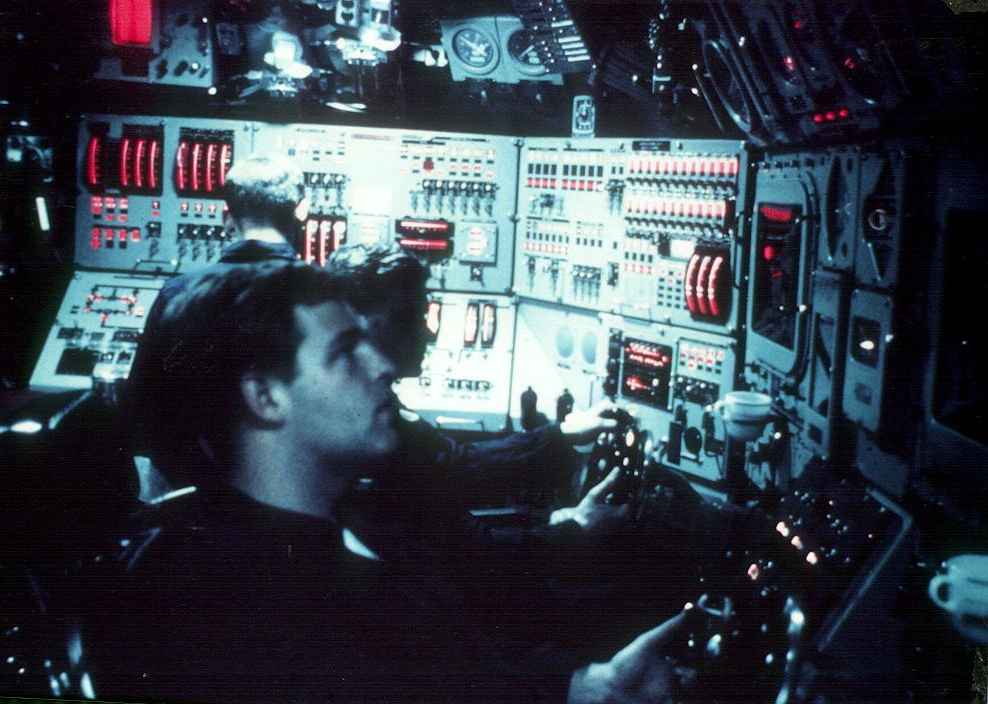 Sunsets and sunrise are always crew viewing favorites with all scopes occupied by those wishing to catch a view that's guaranteed to submarines (as opposed to people on one coast of land only being able to see either sunrise or sunset). 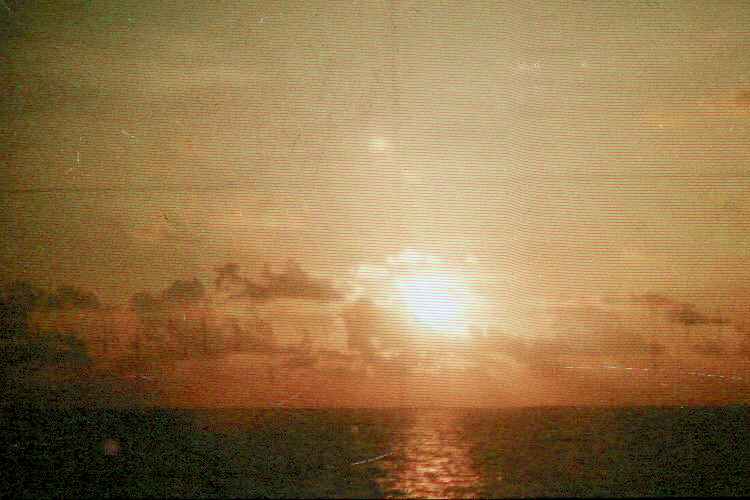 The sun takes it's final dip and the scopes start to lower.  A great fast attack submarine innovention is the fact that the scopes are connected to a video display meaning the crew can view what the scope views. 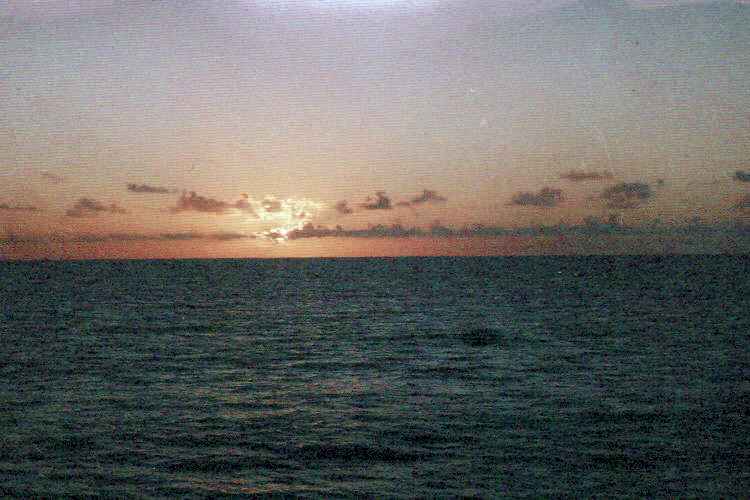 Here's a shot of Casimir Pulaski taken during our transit to our patrol area during Northern Atlantic operations.  It is essential that our area is completely clear of any shipping; both above and below the surface prior to our diving.  Then, with the area clean, we can get a good sonar reading and quiet ourselves down for patrol.  The aircraft, ships and other subs that accompany us to our dive point gave us this edge. 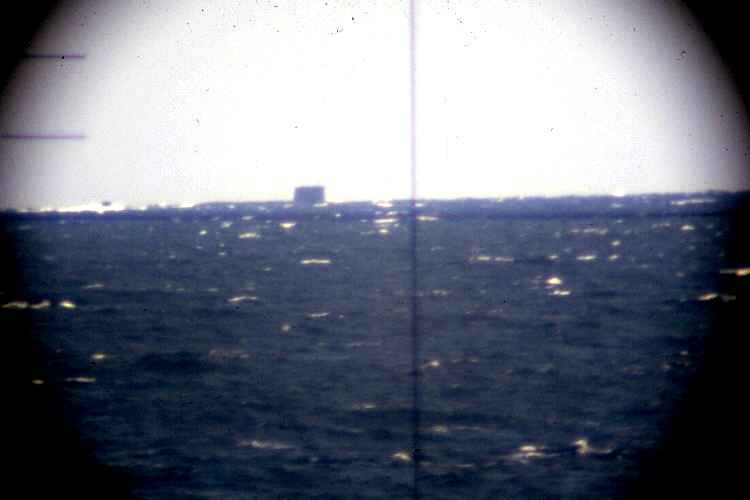 Gulf Of Sidra, April 1986.  Operation Prarie Fire, Operation Prarie Fire II and Operation El Dorado Canyon.  The US Fleet prepares to launch aircraft at Libya in retaliation for a number of things which in today's era of political correctness would have gone unpunished.  Twelve attack submarines, including Dallas, accompanied the task force. 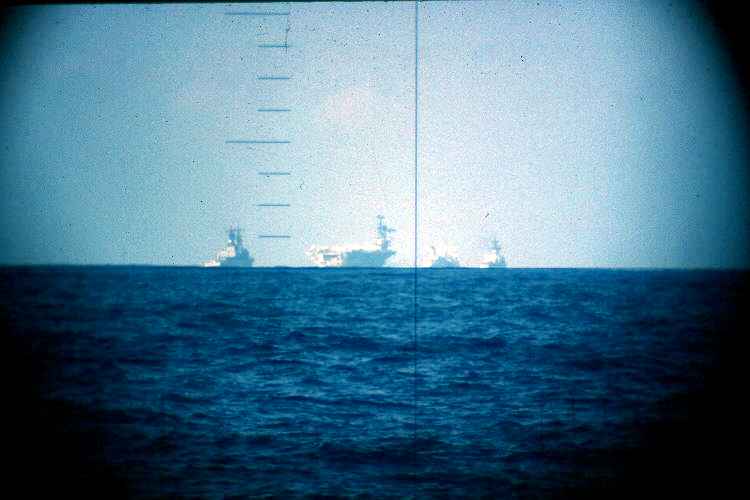 During the furthest run of the attack subs, a freighter inbound to Libya is spotted and followed.  Other vessels were spotted and tagged for observation throughout the night and day. 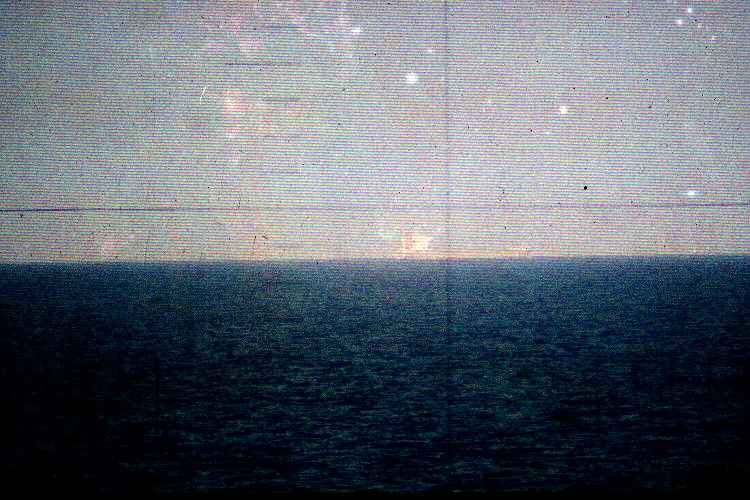 USS Gallery (FFG-26), an Oliver Hazard Perry Class anti-aircraft frigate (FFG) patrols the outer edges of the task group area.  During Cold War operations, two such vessels were normally assigned to each aircraft carrier.  Together with the carrier battle group's two anti-aircraft destroyers (DDG) and two cruisers (CG/CGN), they provided air defense for the battle group.  USS Gallery would eventually be sold to Egypt in 1997. 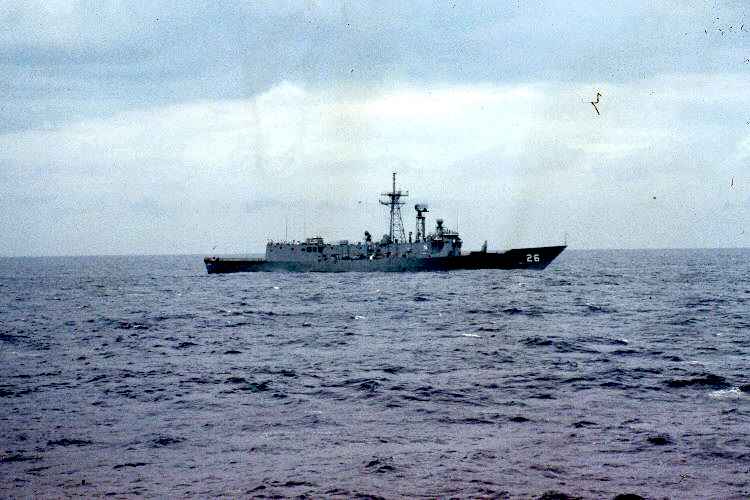 Big D's scopes and various masts and antennas during surfaced operations in the Mediterean theatre.  All submarine mast and antenna fairings are painted in this spotted scheme to confuse recognition. 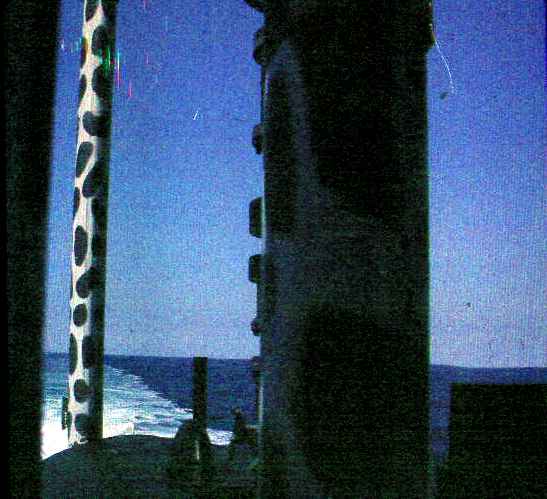