The USS Casimir Pulaski has not been in any entertainment movies to the best of my knowledge.  It is possible that she may have been photographed for a film or two.  The potential choices are slim.  The 1976 James Bond film "The Spy Who Loved Me" centers around three SSBN's that are hijacked; a British, Russian and American one.  The US SSBN would obviously have been one of the 41 for freedom.  The submarine control rooms are too roomy to have been filmed onboard a real boat of ANY nation, so it's unlikely that a real sub was used.  The 1978 Charlton Heston film, "Gray Lady Down" is more topical, dealing with the sinking and subsequent rescue of an American SSBN.  The film is one of the more realistic of the 1970's disaster films, and of Navy films in general.  An actual SSBN was filmed though it is unknown if it was CP.  The 1980's brought only one film dealing with missile boats and that was unfortunately a Russian boat.  The film of course, was an adaptation of Tom Clancey's novel, "The Hunt For Red October."  Some of the missile compartment footage could easily have been filmed inside an American SSBN, but it's not positive which one.  The 1990's Gene Hackman/Denzel Washington film, "Crimson Tide" deals with an American Ohio Class SSBN, and although an older SSBN could have been used for internal filming (as Ohio Class SSBN's were still classified at the time of the movie's release), Hollyweird chose to use a science fiction set designed by a twelve year old acid casualty.  But at least they got the crew profiles correct; after all, everyone knows that dogs are allowed onboard submarines don't they?

Documentaries are a different story.  "Forty One For Freedom" is a US Navy recruiting film that found it's way into high schools and colleges all over the country and was still in print around 1988.  This film obviously deals with the US Navy's SSBN fleet and there is a good chance that CP is in the film, though to which extent, is unknown.  The film was shot in the late 1960's/early 1970's as evidenced by the Navy's famous "salt and pepper" uniform and also the huge sideburns on the faces of the sailors.  The Discovery Channel's "Sharks Of Steel" on the other hand is a balanced look at all four aspects of popular submarining: WW2 history, fast attack boats, modern boomers and the original boomers.  Filmed by Admiral Yogi Kaufman's son who is a National Geographic photographer, the Admiral himself spends a lot of time in the film and adds brilliant commentary.  The film is considered to be the best portal in the life of a submarine ever filmed and is highly recommended.  Submarine school, other training and underway footage are the highlights of this four video set, which was run on the Discovery Channel in four one-hour segments.  Again, it is possible that CP made an appearance but it's hard to say.  The Discovery Channel also did a program called "The Ultimate Guide: Submarines" which is available on their website store for five dollars roughly.  For more information go here:

In print, the Pulaski appears in a few books.  There is a nice two page photo of CP in the Discovery Channel Companion Series book, "Sharks Of Steel" (Yogi Kaufman, ISBN 1-55750-451-2).  This book is occasionally available via Amazon Bookstores or on EBay. 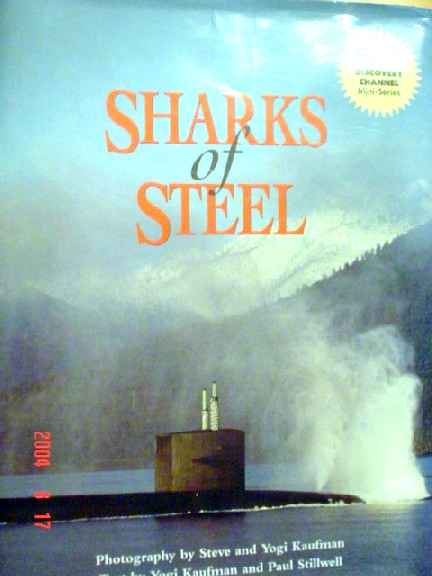 The program itself is unavailable for order on the Discovery Channel's website.  The two page centerfold of Casimir Pulaski was photographed in the early 1990's.  This is the only photograph of the Pulaski in the entire book. 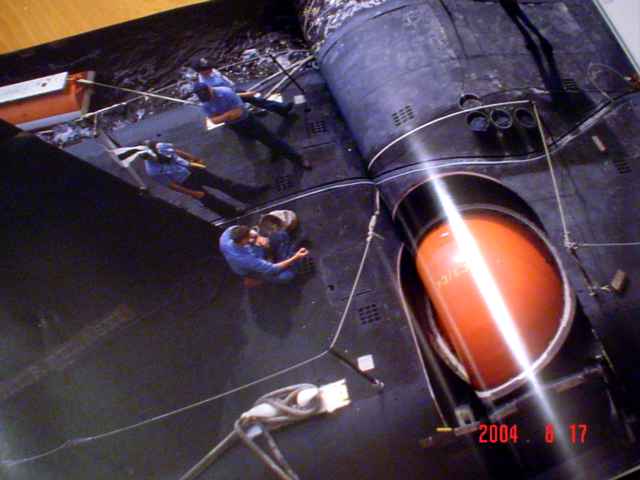 The book "Silent Chase," also by retired Admiral Yogi Kaufman (ISBN 1-85310-103-6) is a very comprehensive book about modern submarine warfare and vessels, but sadly, no photos or mention of Casimir Pulaski are included between it's covers.  Nevertheless, it remains a piece of required submarine reading. 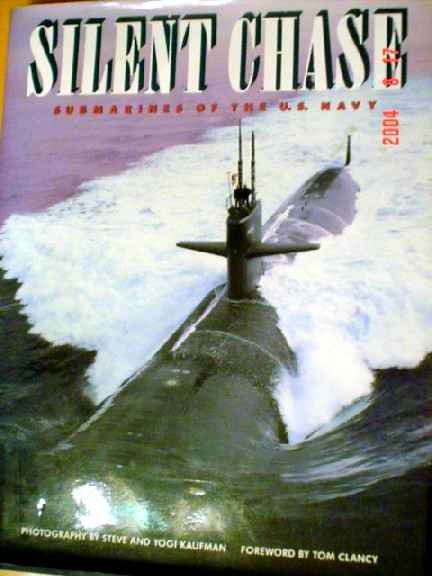 There are several photos of Pulaski in the Squadron Publication entitled "U.S. Ballistic Missile Subs In Action."  This publication is geared towards model builders and has little technical information, instead focusing on color schemes, equipment fitted and profile views.  The book is reasonably priced and is available from most hobby outlets.